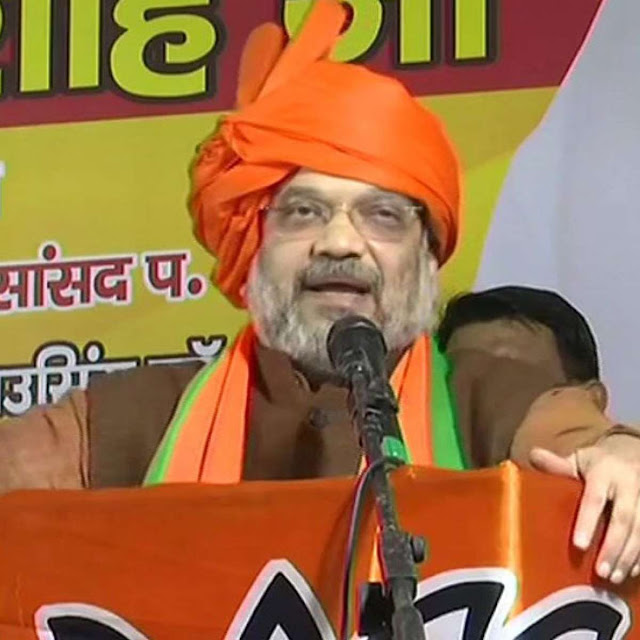 Video Credit You Tube
Union Home Minister Amit Shah threw light on the reasons for the BJP's defeat in the Delhi Assembly elections, for the first time, the party has to pay a big price due to the hate language of some party leaders. He said that during election campaign, BJP leaders should not have given hate speeches like 'Shoot' and 'India-Pakistan Match'. However, Shah said that the BJP does not contest elections only for victory or defeat but believes in spreading its ideology through elections.

Why BJP was defeated ?

BJP strategist Amit Shah said in a news channel program on Thursday that statements like 'Shoot' and 'Indo-Pak match' should not have been made. Our party has distance itself from such statements. Yet it is possible that such remarks have led to the defeat of the party. Due to this, our party could not perform well. Image credit Google
In response to a question, Shah admitted that his assessment on Delhi elections proved to be wrong. His belief that BJP would get 45 seats in this assembly election was absolutely wrong. He also defended his statement from EVMs. He said that the BJP will now play the role of a responsible opposition in the Delhi Assembly. It is noteworthy that the BJP, which won only three seats in the last assembly, had to be satisfied with only eight seats this time.

On CAA - Can not justify violence

Amit Shah emphasized that the election result was not a mandate on the Revised Citizenship Law (CAA) and the National Civil Register (NRC). Defending the CAA, a law granting Indian citizenship to minority minorities (non-Muslims) based on religion in neighboring countries Pakistan, Bangladesh and Afghanistan, he said, "We have never discriminated on the basis of religion." He also said that ,there is no provision in the CAA that citizenship of the Muslims will be taken away. He said not just criticize CAA, but discuss it on merit basis. The CAA is neither anti-Muslim nor is it against non-minorities. On the ongoing protests at the CAA, Shah said that everyone has the right to hold peaceful demonstrations. But violence cannot be justified during this period. Will give time for discussion in three days

Shah said that anyone who wants to discuss CAA-related issues with them can take time from their office. He said, "We will give time for discussion within three days." Image credit Google
He clarified that till now the government has not taken any decision to implement NRC across the country. He also said that those who do not want to show their documents during NPR, will have full freedom to do so. He also reminded that NRC was part of BJP's election manifesto. He held the Congress responsible for the division on the basis of religion.

Everyone is free to go to Jammu and Kashmir

Amit Shah said that all the newly formed, including leaders, are free to move to Jammu and Kashmir. There is no restriction on anyone's activity to get there. On the imprisonment of three former Chief Ministers Farooq Abdullah, Omar Abdullah and Mehbooba Mufti Saeed, he said that the decision to impose Public Safety Act is with the local administration. Omar Abdullah has moved the Supreme Court. Therefore, wait for the decision of the judiciary in this matter.
News Source :- Jagran , Times Now.
Share This:
Facebook Twitter Pinterest Linkedin Whatsapp Whatsapp
By MANUSHER BHASHA