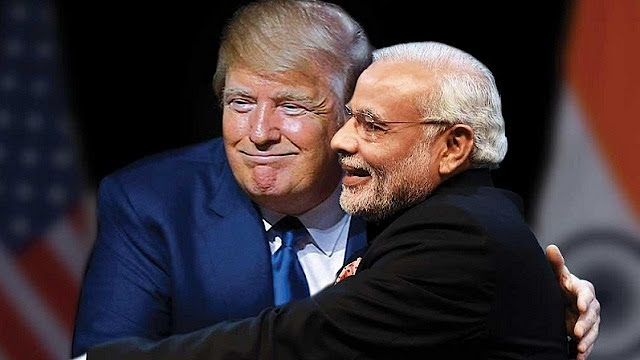 The President of the oldest democracy of the world confirms his wish to visit to the largest democracy of the globe.
US President Donald Trump is coming to India on a two-day visit from 24-25 February this month.The information regarding Trump's visit to India is tweeted through the official Twitter handle of the White House .
Dates of his visit have also been announced in the same tweet. The White House tweet states that President Donald Trump will visit India to meet Prime Minister Narendra Modi on February 24-25. This will be Trump's first visit as US President. Image credit Google
The same tweet also states that Trump's visit will further strengthen the India-US strategic partnership and reveal the strong and long lasting bilateral relationship between the two countries. During this visit, US President Donald Trump will be accompanied by his wife and America's First Lady Melania Trump.

It is being told that Trump and his wife Melania are also scheduled to visit PM Modi's home state Gujarat. Earlier, former US President Barack Obama visited India twice. Obama visited India for the first time in 2010 and then again in 2015.As per the different news sources the U.S President will also visit to the native district of our Prime minister Narendra Modi .

Sardar Patel Stadium will be inaugurated Image credit Google
The Gujarat government has also started preparations for Trump's visit. It is also being said that the Sardar Patel Stadium in Motera area of Ahmedabad might be inaugurated by the U.S President Donald Trump. It is said to be the world's largest cricket stadium where about 1 lakh 10 thousand spectators will able to watch the field performance together .
Share This:
Facebook Twitter Pinterest Linkedin Whatsapp Whatsapp
By MANUSHER BHASHA