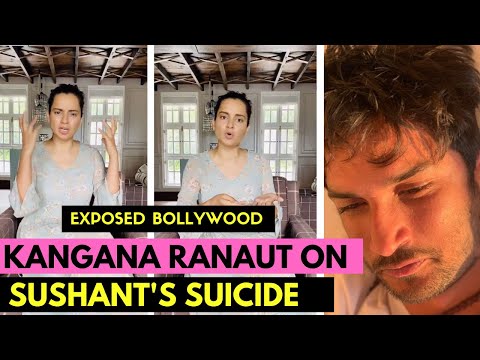 Kangana on Sushant's death .. if not proved .. will give back Padma Shri!

Kangana on Sushant's death .. if not proved .. will give back Padma Shri!

Controversial remarks, star heroine Kangana Ranaut who is capable of facing anyone boldly .. seems to be returning the country's highest Padma Shri award recently. Also made sensational comments on the death of Bollywood hero Sushant Singh Rajput. Sushant Singh has already died in Bollywood due to Rajput kinship.

Similarly, Kangana also blamed Nepotism for Sushant's death. She said she is currently abiding by the comments she made. But Kangana said she would return the Padma Shri award if she could not prove her criticism.

It is learned that Kangana went to Manali a few days ago to have fun with her family. She also shared picnic photos on her social media. However, Kangana said that the Mumbai police had phoned Kangana as part of the investigation into Sushant's case and had not sent word that she would send someone to record her statement.

She says she's not a runaway person. Talk about rubbing salt in my wounds - d'oh! She told a channel that she would give back the Padma Shri if she could not prove her criticisms.