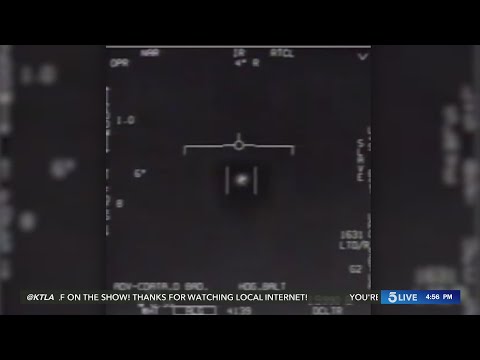 The Pentagon agency consultant briefed US Defense Department officials on some "very unusual" discoveries, including items recovered from "off-world vehicles not made on this Earth." These statements were revealed through the New York Times, while informing that the secret UFO unit will make some of its findings public. According to Huffpost, the Times had warned that following the Pentagon statement about the dissolution of its UFO office, this department had actually only changed its name and had proceeded to relocate. The Times report also hints at possible artifacts from UFO crashes, citing former Senate leader Harry Reid (D-Nev.).

Astrophysicist Eric W. Davis, who has been a subcontractor and consultant to the Pentagon, told the newspaper that he briefed the Defense Department in March on "out-of-the-world vehicles that are not manufactured on this Earth." He said he examined some of the materials and concluded that "we couldn't do it ourselves." According to the Huffpost post, Senator Marco Rubio (R-Fla.) Also indicated that he was concerned that the alleged UFOs might be advanced technology from foreign nations.
"We have things that fly over our military bases and places where it's conducting military exercises, and that we do not know what it's , and it's not ours," Rubio, who is acting chairman of the Senate Intelligence Committee, said CBS4 in Miami last week.
=========================
In addition, it was specified that he had said that the objects in these sightings "potentially display technologies that you do not have at your disposal", which makes them a national security risk. The military's encounters with possible UFOs are highly curious about recent years since several videos were leaked in 2017 showing encounters with rapidly moving objects, including one with the nickname "Tic Tac" because it looked like one of the sweets.