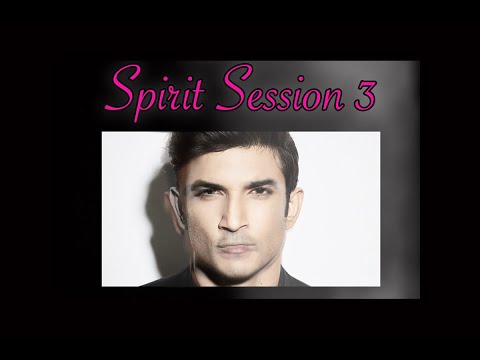 Some videos of Paranormal Expert Steve Huff are on social media getting viral these days. They claim to talk to the souls of many people on YouTube, who die prematurely. His YouTube channel has about 1.1 million subscribers. According to Steve, many people had emailed him to talk to the soul of Sushant Singh Rajput . His latest claim is sensational because he is claiming to speak to the soul of India's actor Sushant Singh Rajput in his YouTube video this time.

Steve Huff is heard questioning 'R u in the light?' According to the counter number 04:07 of his video, Sushant Singh Rajput says 'Steve I am getting light'. About 5 lakh people have watched this video in just 4 days. Steve Huff has claimed to have spoken to the soul of an Indian celebrity for the first time. Earlier in August 2018, he claimed to have spoken to the soul of famous pop singer Michael Jackson. Apart from this, he has been claiming to talk to the spirits of many big personalities. Steve Huff claims to talk to spirits in the same way for the last 10 years with a special device he designed.

How much claim? Paranormal Expert / PhD in Healing Science doctor Nirav Anand told this matter while talking to Zee News, " Steve Huff has claimed to talk to Sushant's soul which is shocking. Although we all know about souls, there are many stories ... There are many things which are imaginary, but in the scientific age it is being studied in different ways. First there was the era of mantras, then the era of tantras came and today it is the era of instruments. So this is good news for the scientific world as well as for the whole world that now we are moving in the direction that we can talk to souls with scientific parameters. Steve Huff has done research on it for the last 10 years.

He said, "Steve Huff created a device, by which he is trying to communicate with the soul of Sushant Singh Rajput, although we cannot say that it is 100 percent correct, but there is also an angle that it should happen." And many scientists have already claimed this. There are many scientists from India who keep doing research in paranormal field, so any such finding is motivating us in this direction. So, it will be very useful in the coming time that we can do such things which were considered imaginary earlier, which we can present scientifically. ''

MANUSHER BHASHA HAS NOT CONFIRMED THE GENUINENESS OF THESE VIDEOS.