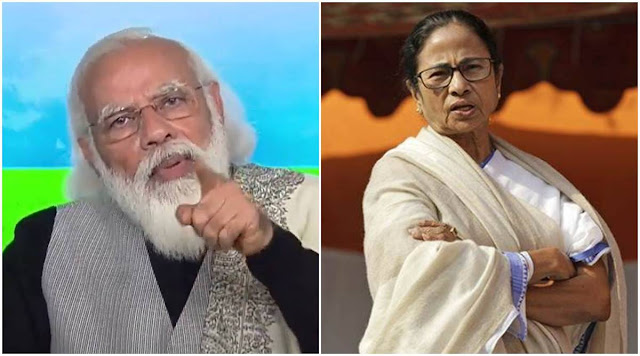 PM MODI || Prime Minister Modi's attack on CM Mamta, said- He preferred to be the nephew's 'aunt' rather than being the 'sister' of the public

Prime Minister Modi's attack on CM Mamta, said- He preferred to be the nephew's 'aunt' rather than being the 'sister' of the public

Prime Minister Narendra Modi addressed a rally at the Brigade Grounds in Kolkatatoday and launched a big attack on West Bengal Chief Minister Mamata Banerjee. During this time, he made many allegations on Mamata and said that Bengal had trusted Mamata Banerjee to bring change after the Left rule, but she cheated and insulted the people of the state. Earlier in the rally, actor Mithoon Chakraborty joined BJP in presence of big leaders. https://rb.gy/6dgj1y 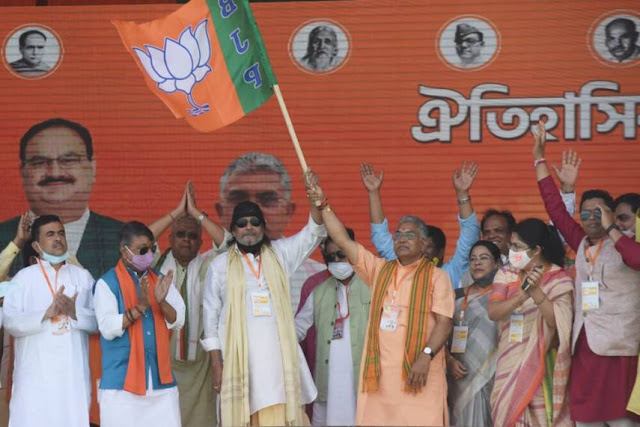 Image credit Google
Accusing Mamata Banerjee of familism, Prime Minister Modi said that he preferred to be his nephew's aunt rather than being a sister of the public. While addressing the BJP's mega rally at the Brigade Parade ground, the Prime Minister also lashed out at his opponents, who accuse him of taking the side of certain industrialist friends.

Modi attacked the Trinamool Congress chief, saying, "You have betrayed and insulted the people of Bengal who believed that you will bring change after the Left rule. You shattered their hopes and dreams." He alleged that Banerjee ignored the people and promoted nepotism, which she affectionately called 'Didi'. 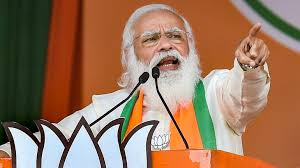 Reversing rival leaders like former Congress president Rahul Gandhi and Banerjee, Modi said that he understands the value of friendship. Many opposing leaders have been accusing Modi of favoring certain industrialist friends. The Prime Minister said, "All 130 crore people of India are my friends, I work for them. I provided 90 lakh gas connections to my friends from Bengal. I have special affection for tea and tea workers of Bengal are my friends, For whom I have implemented social security scheme.

"Those who made the BJP belonged to Bengal", the

Prime Minister said, who made the BJP belonged to Bengal. The root of TMC is Gautra Congress. He said that those who made the Congress were outsiders. The left also got inspiration from outside people. BJP's DNA has Bengal sources. Prime Minister Narendra Modi said, "In the Lok Sabha elections, you have done wonders with the silent lotus impression. You have seen the power of one vote from Kashmir to Ayodhya. This time you have to press ahead with a strong impression, TMC clean intention. . "

Referring to his poverty at the rally, the Prime Minister said that I too grew up in poverty and hence what is his sorrow and pain, even if he is in any corner of India, because he is our friend, I am well- Can feel like He said that is why I work for friends and I will continue to work for friends only.