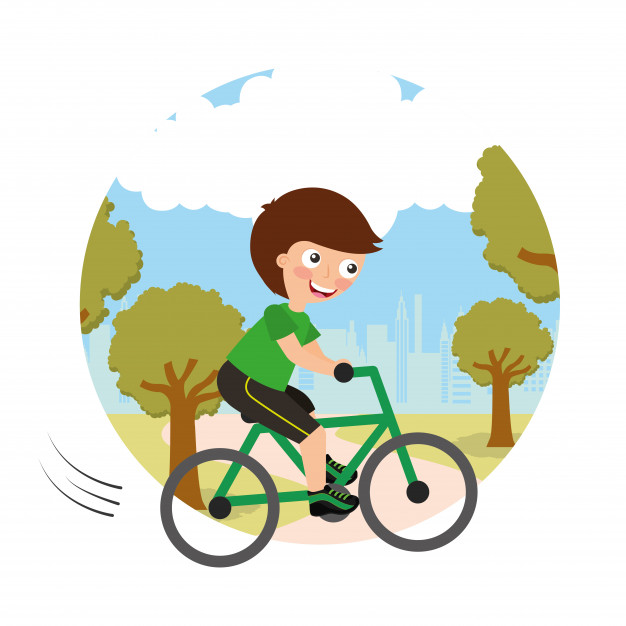 Mum, you wear my satchel!"

With Nico, it's like that: as soon as he wants something, he calls his mother and his wish is granted. Convenient.

But today mom said no. They went to the square and Nico absolutely wanted to take the wheeled bike in addition to the green ball.

"Okay, but I'm warning you, it's you who pushes it, your bike, until the end, and on the way back too. Me, I don't touch it.

Result: On the way out, it was fine, it is on a slope. On the way back, it was much harder, it was going up and it was hot, and Nico played ball all afternoon, he is tired.

"Mom…. He started to squeal.

-You wanted to take it, now manage!

Nico is sure that mum will pick it up, we don't leave a beautiful brand new red bike, like that, in the street!

"Well, you won't have your bike anymore and that's it!"

There, Nico is blown away: mom is ready to give up the bike and she doesn't even get angry… Nico is keen on his bike, he got it from Santa Claus anyway; so Nico pushes and blows, blows and pushes the bike to the house!

"Nico, here is your friend Tonio!"

Tonio is a big one, he went to summer camp this year for the first time.

"It was great, we climbed, hiked, went on vigils, we even invented a story and made a book, look: This story takes place among the Indians. Elan-wise sees the whirlwind of death, terrible storm, which heads straight for a neighboring tribe. We must quickly warn all these poor Indians so that they flee. Elan-wise sends his parrot who speaks perfectly well and thanks to him, the Indians avoid the disaster and get away from it all. take refuge in the Elan-advised tribe. A few days later, the Indians who had fled decide to return to their camp, ready to courageously rebuild everything. They expect to find appalling damage, all their property destroyed ... To their astonishment, the camp is even more beautiful than before,with magnificent tepees… And a man is there, standing, in the middle… The chief asks:

-I am a genius, it was enough for me to say this formula:“ Breath on misfortune and beauty will appear ”to rebuild your camp.

The tribe decides to 'make him their chief and give him the name of OITITOU. They leave him the prettiest tepee. The Indians take advantage of the genius and ask him all kinds of things:

"Can you bring us the food?

- You can create a lake in the camp: we will have water, fish…

- Bring us the most beautiful horses… "

Life has become very easy for Indians. The genius is overwhelmed! However, not far from there lives a witch with green hair, the witch Mortadella, she hates the Indians, her only goal is to make them her slaves. He must neutralize this genius which defends them. She makes an evil hat that removes magical powers. One morning, she sends her eagle, Diabolical, to put the hat on the genie's head while he sleeps. Oititou the genius becomes a normal man, everything he had done for the Indians disappears, the pretty teepes, the totems, the lake and its golden fish ... Very sad, he cries and leaves the village ... Indians let him go, without a comforting word, without trying to hold him back, nothing. So Mortadella, the witch, seizes the tribe and makes the Indians her slaves, she orders: "Give me to eat! Dig for me a lake, that I have water and fish! Give me the most beautiful horse! Defend me, that must be the goal of your life!" And the Indians understand that they too have acted badly with genius.

-yes, she's nice, but it ends like that, they remain slaves of Mortadella?

-Because they were a bit strong with Oititou?

-Yes, now they have to do everything themselves. "

Like me, I have to push my bike myself. But it's because I was a little strong with Oititou-mama! "

bedtime stories for kids in english,

bedtime stories for kids with pictures,