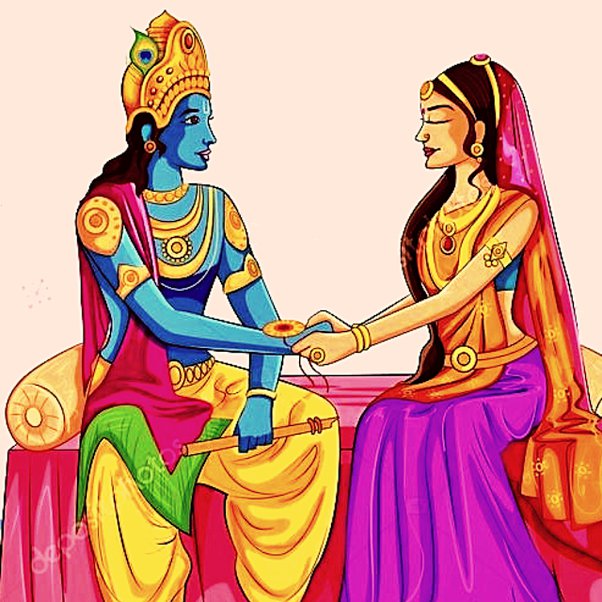 Raksha Bandhan / Rakhi Purnima 2022: Date and Time -What is the history of Raksha Bandhan, know who tied Rakhi to whom for the first time.

What is the history of Raksha Bandhan, know who tied Rakhi to whom for the first time.

Raksha Bandhan 2022: Raksha Bandhan, the festival of the sacred relationship of brother and sister, is coming soon. Let us tell you today about the history of Rakshabandhan, who tied Rakhi to whom for the first time.

•       Rakshabandhan will be celebrated on 11th August

Raksha Bandhan 2022: The eyes of these sisters will remain moist on Raksha Bandhan, Rakhi will not be able to tie the brother

Raksha Bandhan is celebrated every year on the full moon day of the month of Shravan. On this day sister ties Rakhi on brother's wrist and wishes for his prosperous life and brother takes a pledge to protect his sister. This time Raksha Bandhan will be celebrated on Thursday, August 11. This time Bhadra is also taking place on Rakshabandhan, which is not considered as the proper time to tie Rakhi.

According to the Hindu calendar, the auspicious time for tying Rakhi is from 10 in the morning for 38 minutes to 9 in the night. In this auspicious time, you can tie rakhi on your brother's wrist. There are many Hindu mythological stories about Raksha Bandhan. Let us tell you what has been said in the Puranas about the history of Rakshabandhan.

According to mythology, the beginning of Raksha Bandhan is associated with Mahabharata. It is said that during the war of Mahabharata, Lord Krishna's finger was hurt by Sudarshan Chakra, which was bleeding. Seeing this, Draupadi tore a piece of her sari and tied it to stop the bleeding. From then on this piece of cloth became a symbol of the sacred thread.

After this incident, Lord Krishna promised Draupadi to protect her for the rest of her life. After this, Lord Krishna fulfilled his promise by protecting Daupadi at the time of Cheer Haran. After this incident, the festival of Raksha Bandhan is celebrated. On this day sisters apply 'tilak' on the forehead of brothers and tie thread or rakhi on their wrists. This festival shows the unconditional faith of sisters towards brother.

(Disclaimer: All the information given here is based on general assumptions and information. “MANUSHER BHASHA” does not confirm this.)